Jeff Conklin, his wife Joella, and their family live in the EUSD district. Their triplets attended Excelsior and Olympus Jr. High where the children got great educations and had very positive experiences. Mr. Conklin has extensive experience in senior leadership roles for health care systems and physician organizations. He earned his Master of Public Health (MPH) degree from UCLA and a bachelor’s degree in Behavioral Science at Cal Poly Pomona. He has served on numerous Not-For-Profit boards and is committed to serving the community. Jeff and Joella enjoy traveling, participating in their children’s sports activities and volunteering in various community-based organizations. 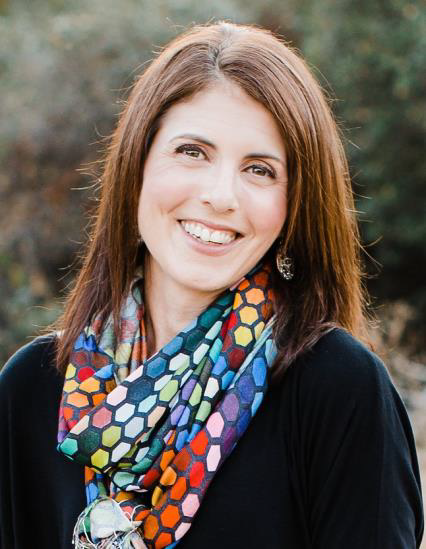 Melissa lives in Granite Bay with her husband, Bill, and two children.  Sheearned her Ph.D. in Education at UCLA, holds a M.A. in Education from UCLA and a B.A. in Psychology and Spanish from Georgetown University. As a scholar and independent contractor, she has extensive experience with research, evaluation, facilitation, strategic planning, and project management.  Her primary clients have included the California Department of Education, the California After School Network, and County Offices of Education throughout California (Los Angeles, Orange County, and San Diego). She has conducted numerous external evaluations for school districts statewide and for informal science learning institutions such as the Tech Museum of Innovation and the RH Fleet Science Center. For the past six years, her work has focused on building Communities of Practice across California in order to support increased quality and quantity of STEM learning opportunities in expanded learning programs. She has research experience in after school and instructional day learning environments particularly as it relates to media literacy, relationship building, student engagement, and youth development. Her publications include academic articles and technical reports/resource guides for practitioners. She has also taught undergraduate courses in education.
Melissa believes that in today’s technology saturated world, we need to prepare our students to be critical thinkers capable of filling jobs that have not even been developed yet. This requires providing students with innovative hands-on, minds-on learning opportunities both in the classroom and beyond. She looks forward to supporting the district in providing such educational experiences for all students.
Tyler M. Holt, DDS, MS

Tyler grew up in Granite Bay and attended the Eureka Union School District from kindergarten through eighth grade. After graduating from Granite Bay High School, he played football at Brigham Young University and served a two year church mission to Brazil. Tyler graduated from the University of Oklahoma College of Dentistry and was inducted into the National Dental Honor Society (Omicron Kappa Upsilon). Upon graduation, he pursued his orthodontic residency at the University of Oklahoma. Tyler performed clinical research in dental school and residency, and has published work in various dental journals. Tyler and his wife, Sonya, returned to Granite Bay where Tyler partnered with his father to practice orthodontics. Tyler and Sonya have two children and are excited to have them beginning their career at the same EUSD schools Tyler knows and loves. Tyler is passionate about our schools and wants to collaborate with the administration and staff to see that all children have ample paths for success.
Renee Nash

Ms. Nash began her career as a newspaper reporter after graduating from UC Davis with a degree in history. She spent several years working for daily newspapers in Northern California. Ms. Nash went back to school, attending law school at the McGeorge School of Law in Sacramento where she graduated with Great Distinct and was admitted to the Order of the Coif.
Ms. Nash worked as a lobbyist and Legal Counsel with the California Newspaper Publishers Association for five years and was an Adjunct Professor of Law at McGeorge School of Law for 14 years, teaching Mass Media Law and Employment Law.

Ms. Nash’s career has included serving as Corporate Counsel to McClatchy Publishing and General Counsel and Assistant to the Publisher to News & Review Publishing.

After having four children in 20 months (including a set of triplets), Ms. Nash decided to stay closer to home, serving as General Counsel to Professional Educational Services, LP. She then moved to private practice in Roseville where her practice focused on representing businesses in employment, contract and tax matters.

Ms. Nash retired from the full-time practice of law in 2018 to focus on her true passion, public education. Ms. Nash served for over 10 years as a member of the Board of Directors of the Eureka Schools Foundation (ESF), including a stint as president. ESF raises funds for the Eureka Union School District. In 2012, Ms. Nash was elected to the Board of Trustees of the Eureka Union School District. In 2013, she was elected to the Delegate Assembly of the California School Boards Association (CSBA), a position she held until 2020 when she was elected to the CSBA Board of Directors. She currently served on both boards. With both of those positions, Ms. Nash focuses her time on improving public education at both the local and statewide level. She is a passionate advocate for public education, including ensuring adequate funding and serving the needs of all students in the state. In 2021, Ms. Nash was also appointed to serve on the California Commission on State Mandates.

Ms. Nash's other focuses involve serving young people. In 2010, Ms. Nash co-founded of the Roseville Theater Arts Association, a non-profit community theater whose focus is on children aged 4 through 19. She continues to serve on their Board of Directors. Ms. Nash lives in Granite Bay, California with her husband Steve. All four of her daughters are in college. In her free time, Ms. Nash enjoys travel – especially to Napa and other winegrowing regions of the nation and world -- reading and watching murder mysteries and is a collector of fine wine.
Andy Sheehy

Andy resides in Granite Bay with his wife Rachel and their two children, Eddie and Jack. Prior to being elected to the Eureka School Board in 2010, Andy joined the United States Marine Corps at the age of 17 and spent four years serving our country as an infantryman. Upon earning an Honorable Discharge, he worked his way through college on the GI Bill, obtaining both a bachelor’s and master’s degree. He then created and implemented a program funded by the Workforce Investment Act to provide homeless veterans living wage jobs. Andy also spent time as an educator, teaching high school students the basics of our Government and Economic system. He has made his mark in the world of philanthropy, having raised over 50 million dollars to support causes both locally and across the globe. Currently, he is the CEO of a Sacramento based business doing business throughout the west. Andy is focused on preserving our low class sizes, preparing our students to compete in a global economy, fully utilizing our available financial resources, and respecting the community by being fiscally prudent and maintaining the highest level of transparency.